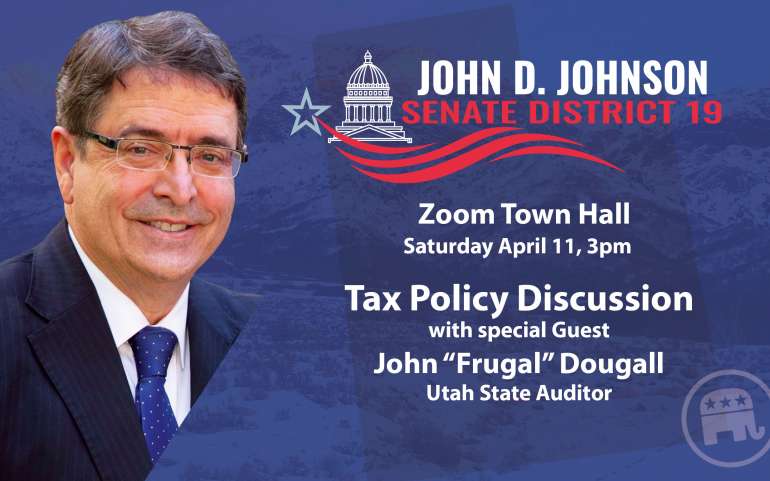 We appreciate our special guest for this town hall meeting John “Frugal” Dougall who I asked to join us to discuss tax policy, the recent referendum, and where we go from here.Referendum

My purpose for inviting Auditor Dougall is because I have deep respect for his vast policy knowledge especially concerning tax issues.

John D. Johnson is a well-respected conservative and convention-only candidate. His work as a major contributor to the recent tax referendum and PhD in Economics makes him uniquely qualified to tackle tax and business reform. View all posts by John D. Johnson
April 21, 2020

Mailer to All State Delegates