Republican Ideals are my Ideals 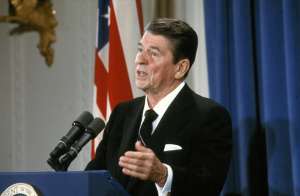 … An informed patriotism is what we want. And are we doing a good enough job teaching our children what America is and what she represents in the long history of the world

… We’ve got to teach history based not on what’s in fashion but what’s important: Why the pilgrims came here, who Jimmy Doolittle was, and what those 30 seconds over Tokyo meant. You know, four years ago, on the 40th anniversary of D-Day. I read a letter from a young woman writing to her late father, who’d fought on Omaha Beach. Her name was Lisa Zanatta Henn, and she said, we will always remember, we will never forget what the boys of Normandy did. Well, let’s help her keep her word.

If we forget what we did, we won’t know who we are. I am warning of an eradication of that – of the American memory that could result, ultimately, in an erosion of the American spirit.

…The past few days when I’ve been at that window upstairs, I’ve thought a bit of the shining “city upon a hill.” The phrase comes from John Winthrop, who wrote it to describe the America he imagined. What he imagined was important, because he was an early Pilgrim – an early “Freedom Man.” He journeyed here on what today we’d call a little wooden boat, and, like the other pilgrims, he was looking for a home that would be free.I’ve spoken of the shining city all my political life, but I don’t know if I ever quite communicated what I saw when I said it. But in my mind, it was a tall proud city built on rocks stronger than oceans, wind swept, God blessed, and teeming with people of all kinds living in harmony and peace – a city with free ports that hummed with commerce and creativity, and if there had to be city walls, the walls had doors, and the doors were open to anyone with the will and the heart to get here.

That’s how I saw it, and see it still. How Stands the City”

The city is under siege by forces that are contrary to our founding documents and our shared belief in what makes America great but standing together we can fight to sure up the great foundation that makes Americans. 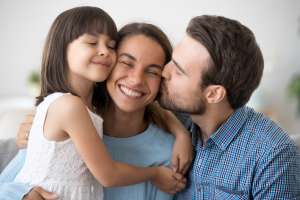 I as a member of the Republican Party of the Great State of Utah, affirm my belief in God and declare my support for government based upon a moral and spiritual foundation. I affirm freedom for every individual as expressed in the Declaration of Independence and protected by the Constitution. I believe that citizens’ needs are best met through free enterprise, private initiative, and volunteerism.I support the “Rule of Law” and believe in upholding the law of the land.